An AR app in iOS for tracking a card

I would like to introduce making an AR app in iOS for people who already know ‘UIKit’.

The behavior of this app is below.

The work-through can be categorized into 5 steps below.

[Step1: To create a new project with the Augmented Reality App template] 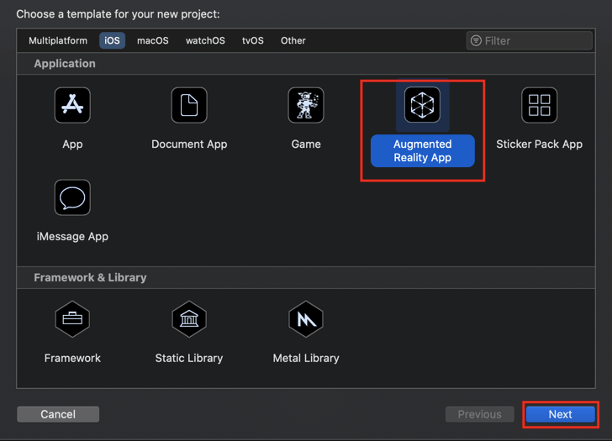 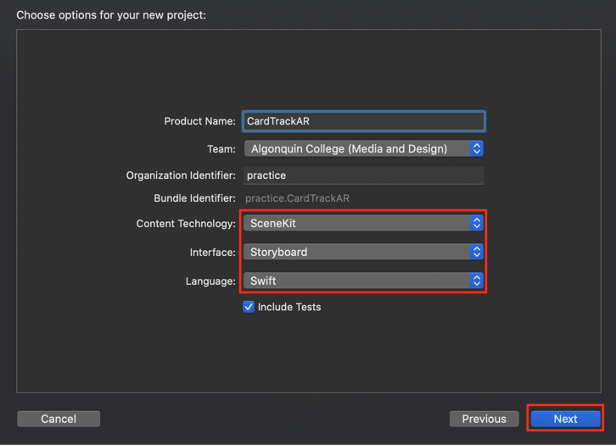 [Step2: To add a video clip to the project] 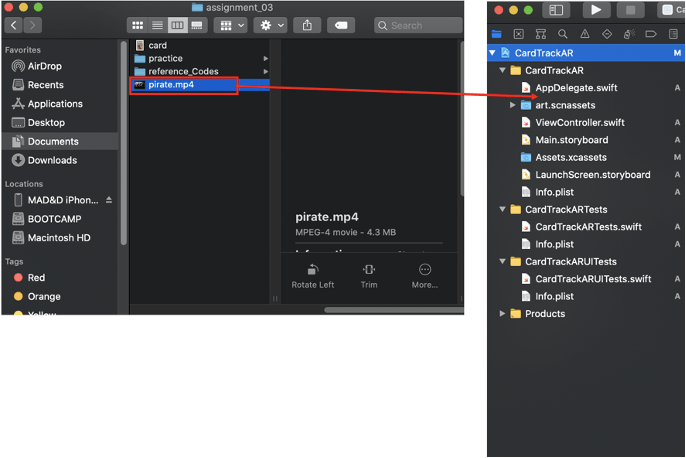 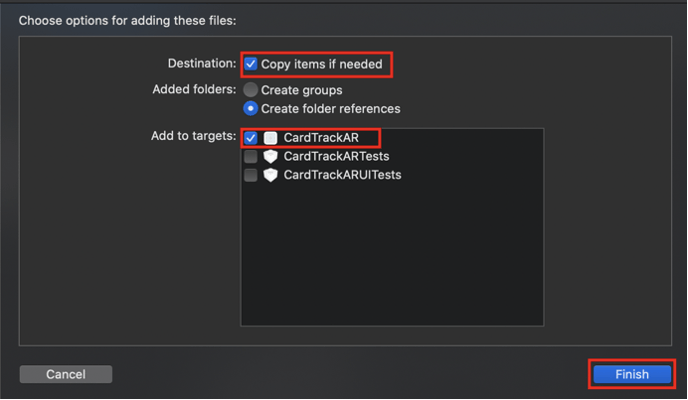 [Step3: To add a card image in AR resources of assets] 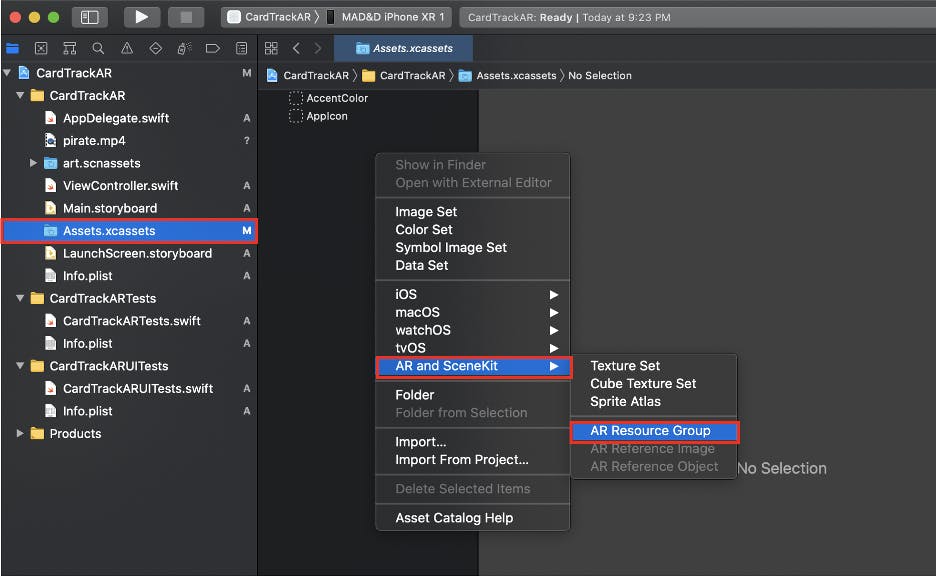 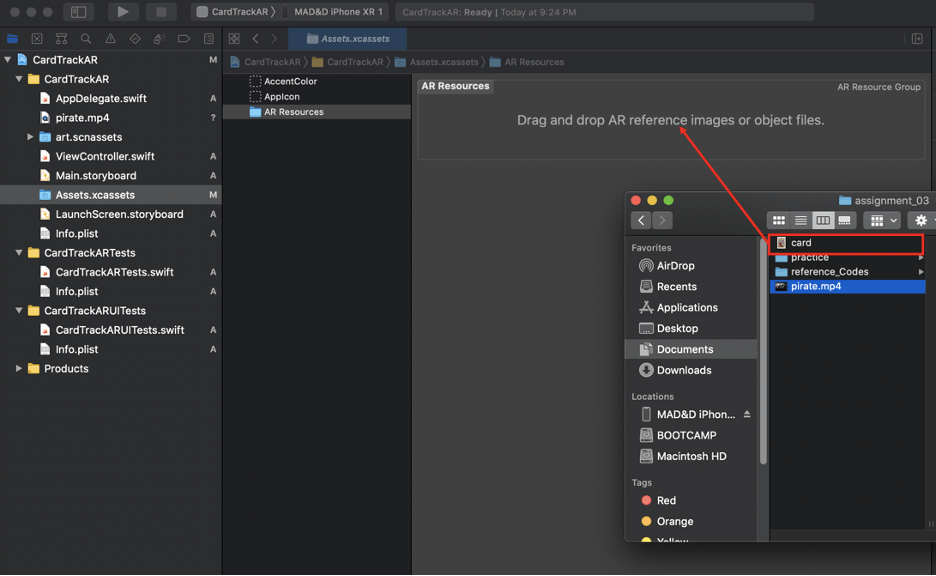 [Step4: To add objects displaying on the card in scene graph] 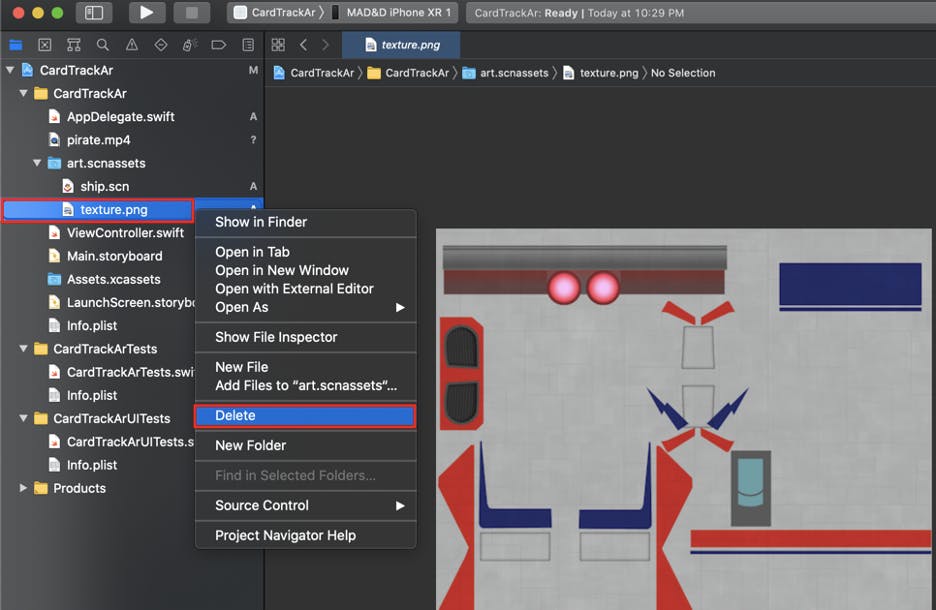 We will add an ‘Empty Node’ to ‘Scene.graph’.

and, will change the name of ‘Empty Node’ from to ‘card’.

We will delete the ‘ship’ object. 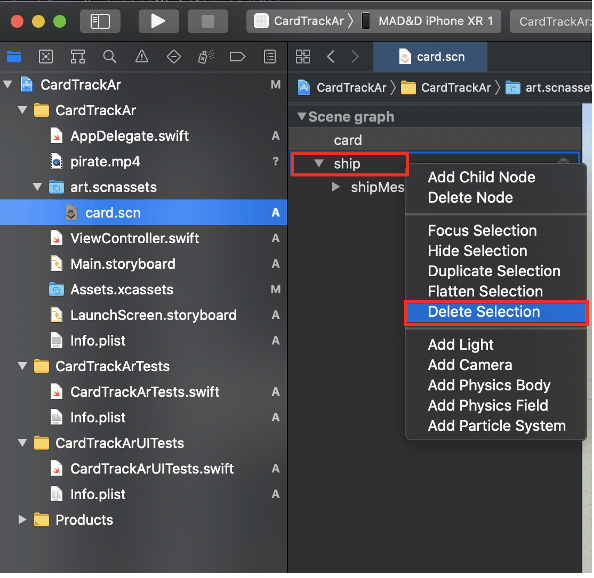 And then, we will change the Euler angle of the x-axis of the text objects from 0 degrees to -90 degrees.

In order to understand the Euler angle, we can find information from ‘developer.apple.com‘ below.

Because that the Euler angle of the x-axis of the text objects is set as ‘-90’ degrees, two text objects are lying. 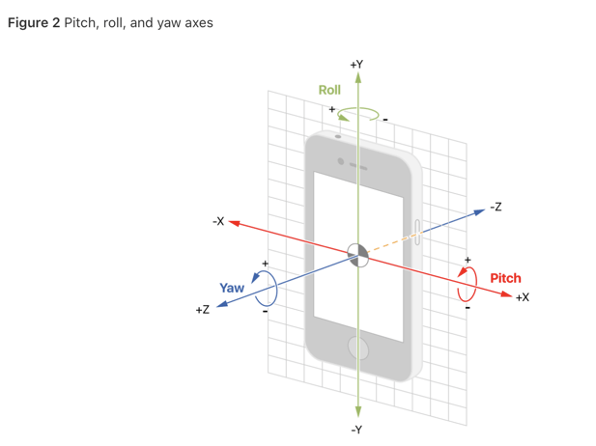 Thirdly, we will add a plane object. Its role is the area of the card detected and of the video clip that will play. We will change the name of the plane object from ‘plane’ to ‘video’. Euler angle of the x-axis of the plane object will be changed from 0 degrees to -90 degrees. These two activities will be conducted in the way of the first text object.

And then, we will set the size of the plane object named ‘video’ as the same size of the card image stored in the AR resource.

Fourthly, we will add directional light and will change the Euler angle on the x-axis, the y-axis, and the z-axis to respectively -45 degrees, 45 degrees, and 45 degrees. 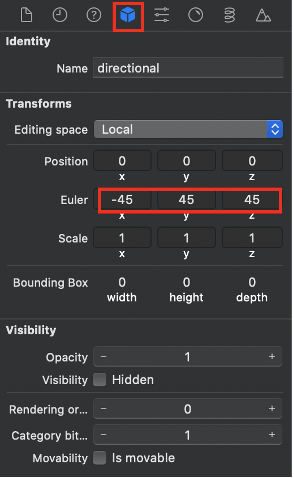 Lastly, we will add ambient light.

We finished adding 5 objects. Now we need to adjust the hierarchy and position of objects. We will drag 5 objects into the empty node named ‘card’. 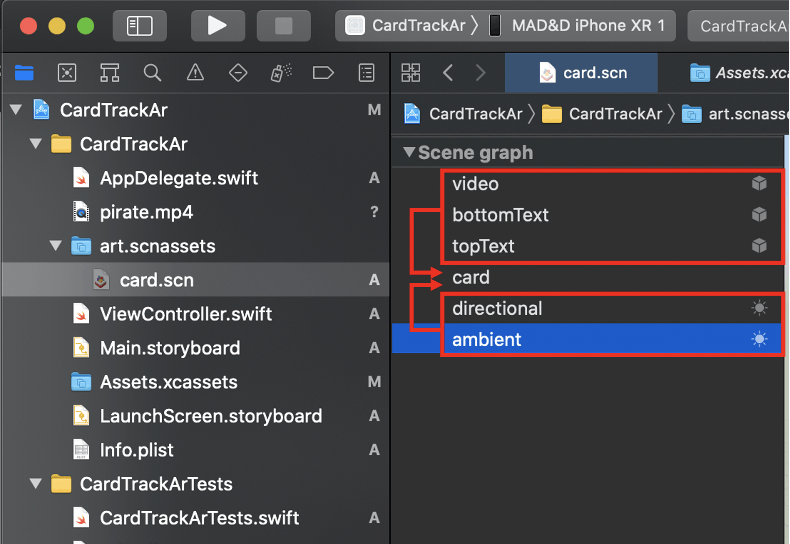 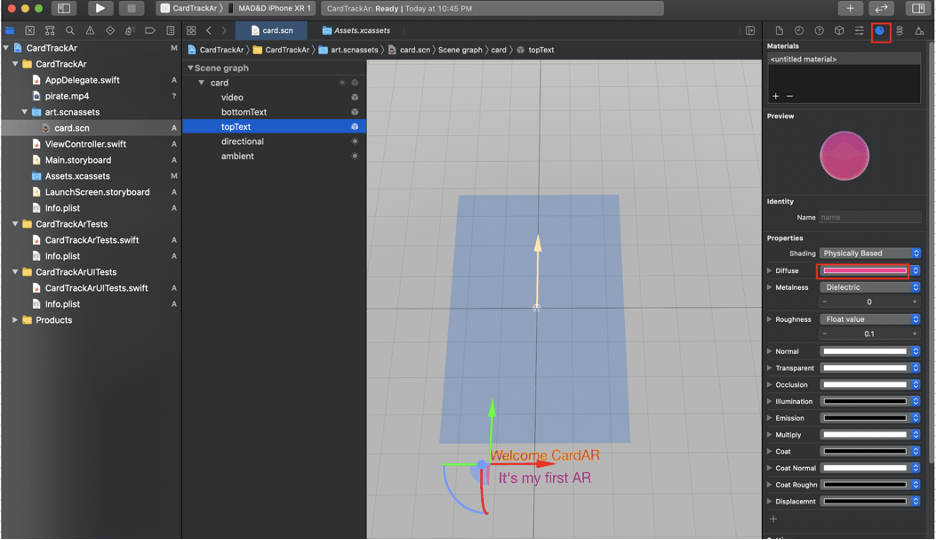 Finally, we have finished setting resources for AR programming. It’s time to implement codes of recognizing the card image and showing objects on the card.

Step5: To implement codes to recognize the card image and show objects on the card

The flow of code is the following: To instantiate card.scn -> To create a session configuration in order to detect the card -> If the card is detected, the video clip with two sentences, 'Weclome CardAR' and 'It's my first AR', is played automatically.

(3) If the card is detected, the video clip with two sentences, 'Weclome CardAR' and 'It's my first AR', is played automatically.

The whole sources can be found below. Thanks Professor Vladimir for sharing the sources. I hope it will help us enjoy AR programming in iOS.